PROF. ANIL KUMAR VISITS GOA
DEC 2012
​Video by Saieesh Gandhi
​A 20 min Video Report on Prof Anil Kumar's visit to Goa on 19, 20, 21 December 2012, summarizing the visit via visuals.
The first talk was organised at the Salgaoker Law College Hall on 19th at 4.00 pm. It was organised by the Andhra Sangam, Panaji for Telugu speaking people of Goa. The talk was titled 'A Tribute to the Legacy of Sathya Sai Baba'. Over 200 people attended the talk. The talk elucidated the contribution of Sathya Sai Baba to the Telugu culture.

Shri Prakash Dharwatker, District President (SSSSO)welcomed and introduced the dignitaries. Shri Ramesh Sawant outlined the mission of Sri Sathya Sai Baba. Prof Anil Kumar in his talk explained in simple terms 'Spirituality' as stated by Sathya Sai Baba. He further exhorted that 'we should live our lives and not lead our lives' meaning that we should enjoy every moment of our life by living in the present moment and not being depressed by the past or worried about the future as the present moment is Divinity and God Himself.

On 20th Morning a unique 'Walk the Talk with Prof Anil Kumar' on the sands of Miramar beach the audience could get close and speak personally to the Prof. to get their spiritual queries clarified. Prof. Anil Kumar extolled the people of Goa for their quest of spiritual knowledge.

In the evening of 20th December a talk 'A Tribute to the Legacy of Sri Sathya Sai Baba' was organised at the Ravindra Bhavan at 6.45 pm which was attended by over 350 people. The programme commenced with the singing of soul-stirring bhajans and the lighting of lamp by Shri Damu Naik, Chairman of Ravindra Bhavan, Shri Chandan Naik, Vice Chairman of Ravindra Bhavan, Shri Narendra Sawaiker, Law Commission of Goa and Shri Ramesh Sawant, State President of Sri Sathya Sai Seva organisation (SSSSO), Maharashtra & Goa.

Prof. Anil Kumar in his talk spoke about the selfless service rendered by Sathya Sai Baba in the form of Super Speciality hospitals in Bangalore and Prasanthi Nilayam (AP) offering highest medical care completely free of cost. He also mentioned about the Sathya Sai University offering education free of cost from K.G to P.G., and about the drinking water project in Andhra Pradesh which has bought drinking water to the thousands of villages there. He also mentioned the teachings 'Start the day with love, fill the day with love and end the day with love' and 'See good, Do good and Be Good' and explained the concepts with practical examples.

On 21st morning at 7.00 AM Prof Anil Kumar conducted a satsang on the sands of Colva beach for the devotees of Sai Baba. Interspersed with fast paced Bhajans, Prof Anil Kumar shared some miracles of Sathya Sai Baba. Curious foreign tourists also joined the bhajans as they found the bhajans to be 'rhythmic and soul touching'. He also mentioned that the Chief Minister of Goa Shri Manohar Parrikar was one of the youngest and most dynamic Chief Ministers of India and congratulated him for the good work that he has undertaken in Goa. He also thanked the Goan people for all the fantastic hospitality accorded to him.
VIDEOS OF THESE SESSIONS IN GOA
THANKS TO SAIEESH GANDHI
Please find the five videos of the talks of Prof. Anil Kumar and the beach walks with him during his visit in Dec. 2012 at this link: https://www.youtube.com/playlist?list=PLKG466QtLzDNOQdD1GIM69qsHcL2WNY74 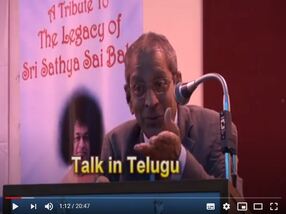 See above video at the top of this page. 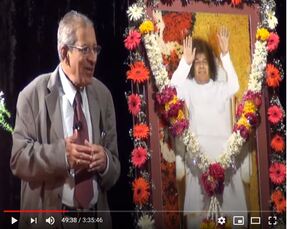 ​
"A Tribute to the Legacy of Sri Sathya Sai Baba"
​A Talk by Anil Kumar at The Institute Menezes Braganza Hall in Panaji-Goa on 19th December 2012: https://youtu.be/vTQgz-_2B2E 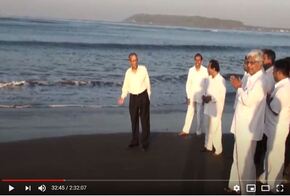 Prof. Anil Kumar's unique "Walk the Talk" on the sands of Miramar and Colva beaches of Goa: https://youtu.be/2-qSrfAMUFY

A unique satsang with Prof Anil Kumar on the sands of Miramar and Colva beaches in Goa on 20th and 21st December 2012. Prof Anil Kumar was at his best explaining all with complex spiritual concepts in Swami's aphorisms interspersed with fast paced bhajans. 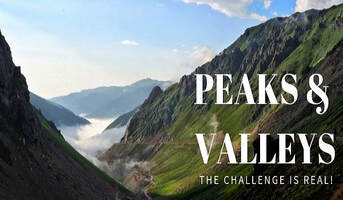 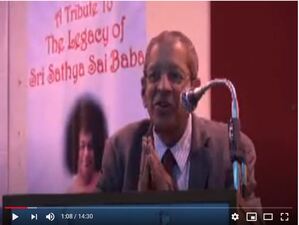 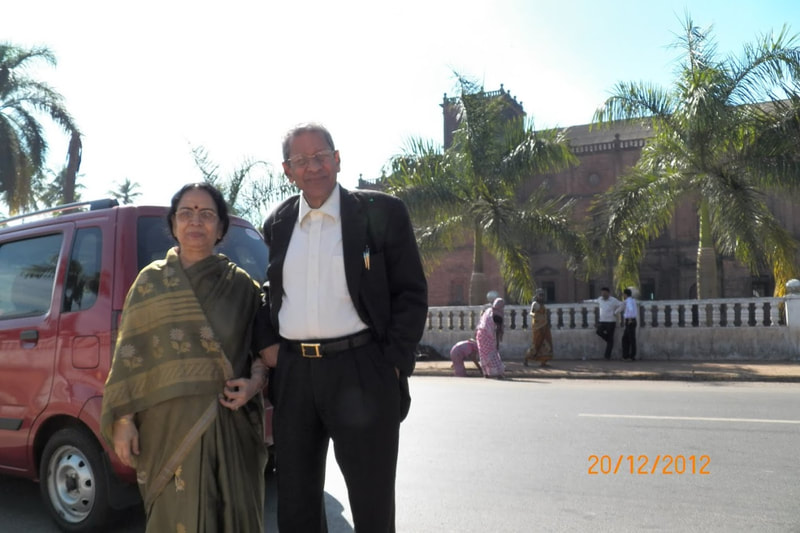 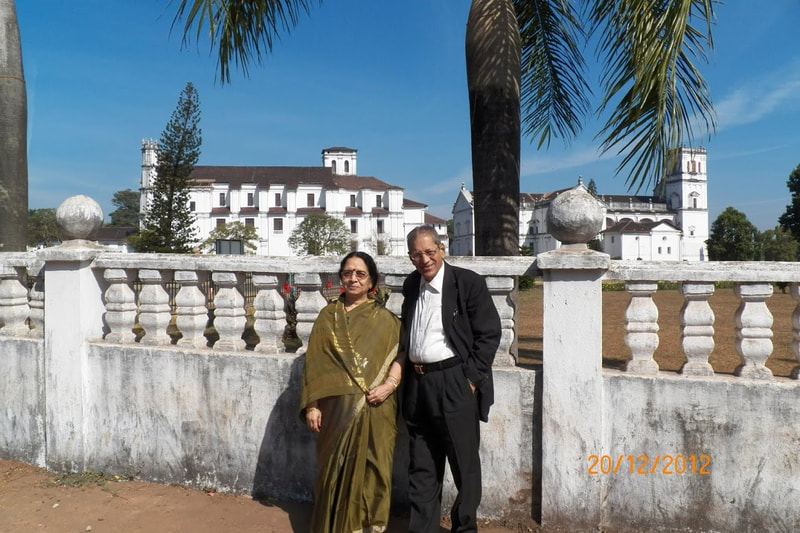 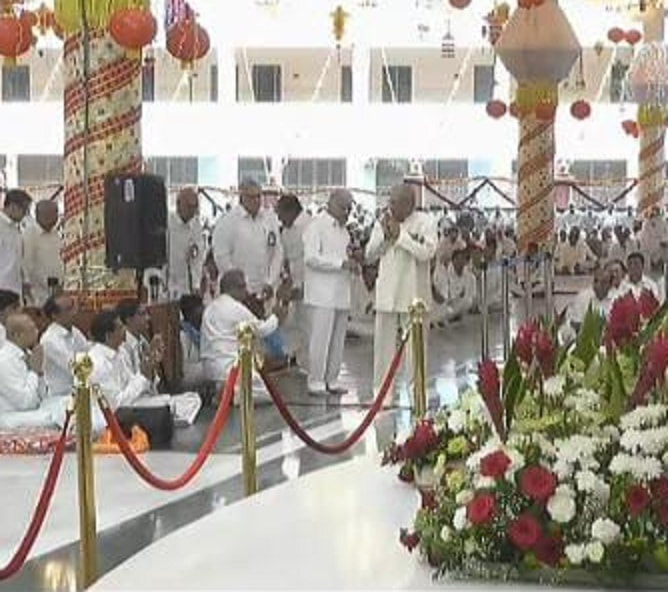 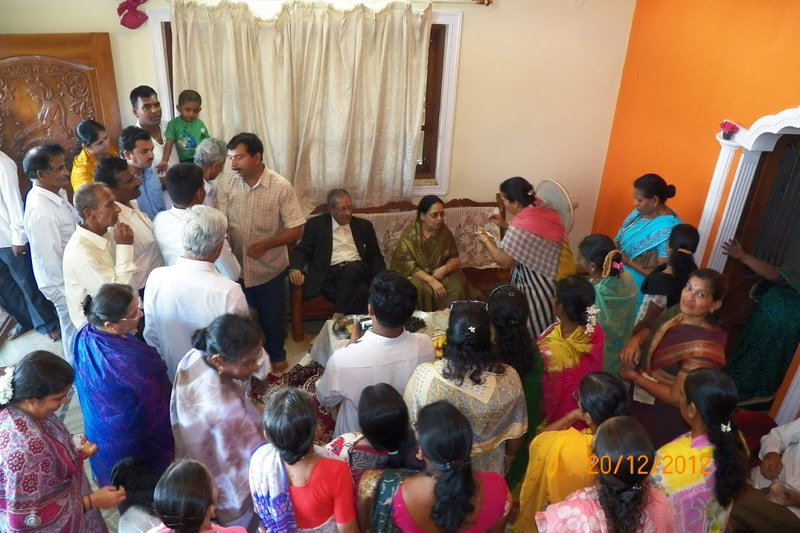 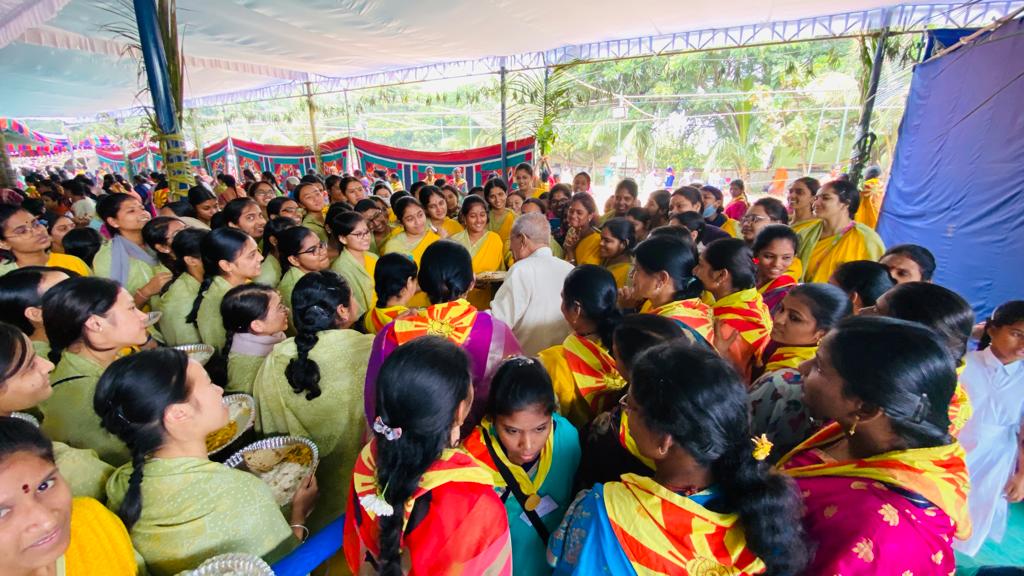 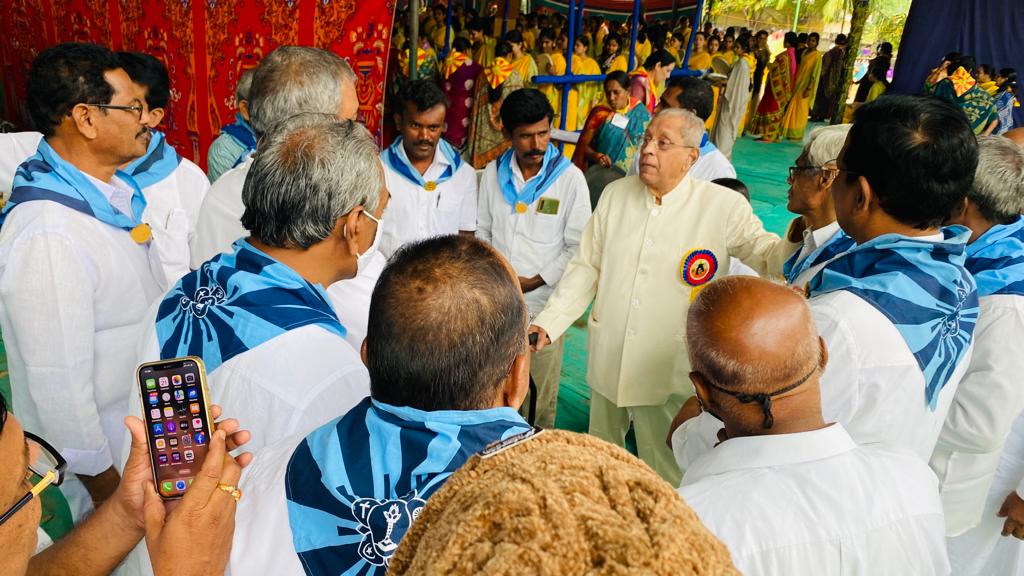 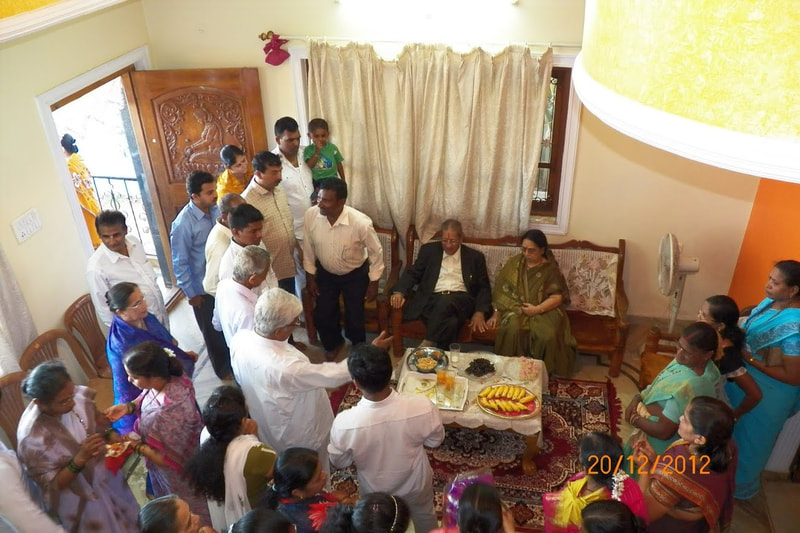 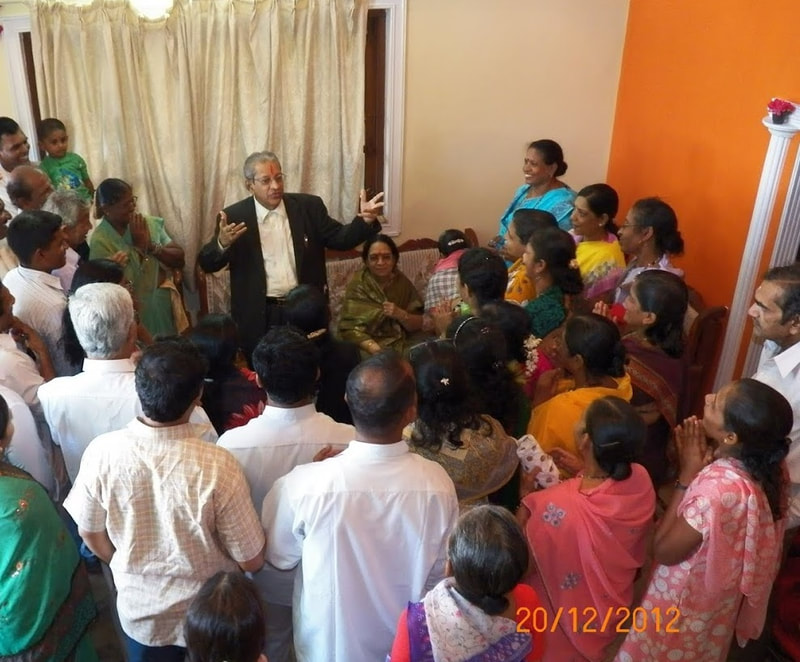 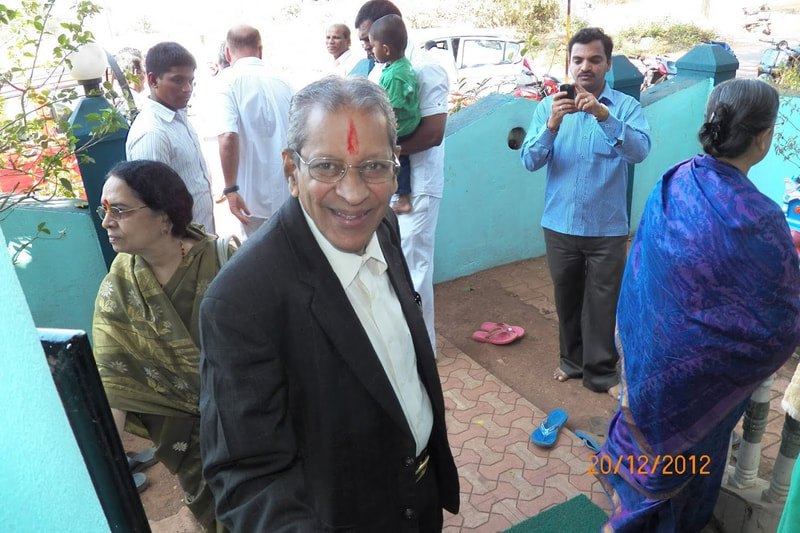 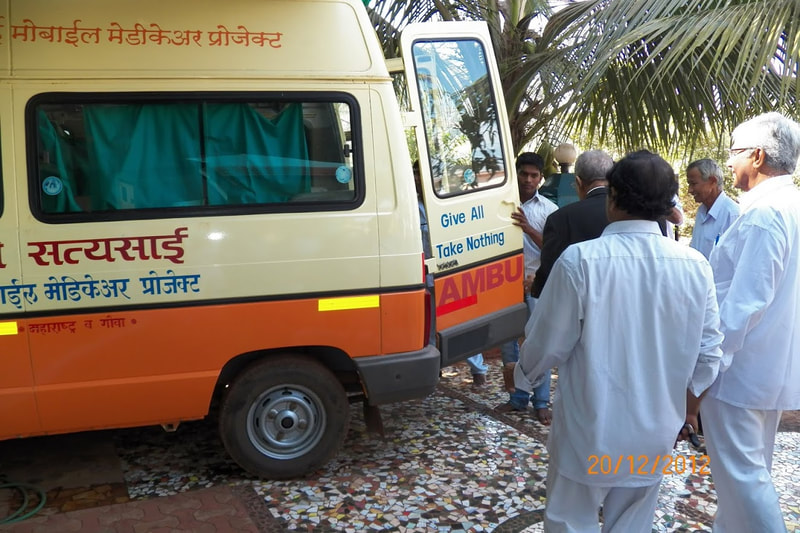 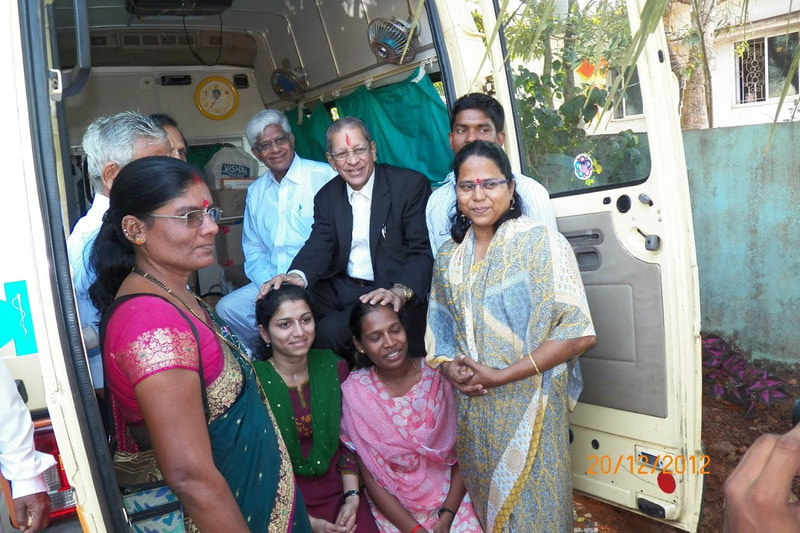 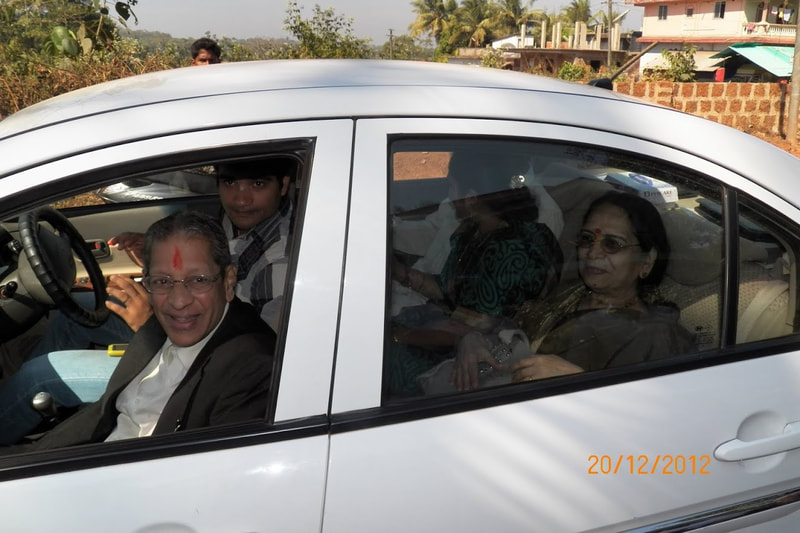