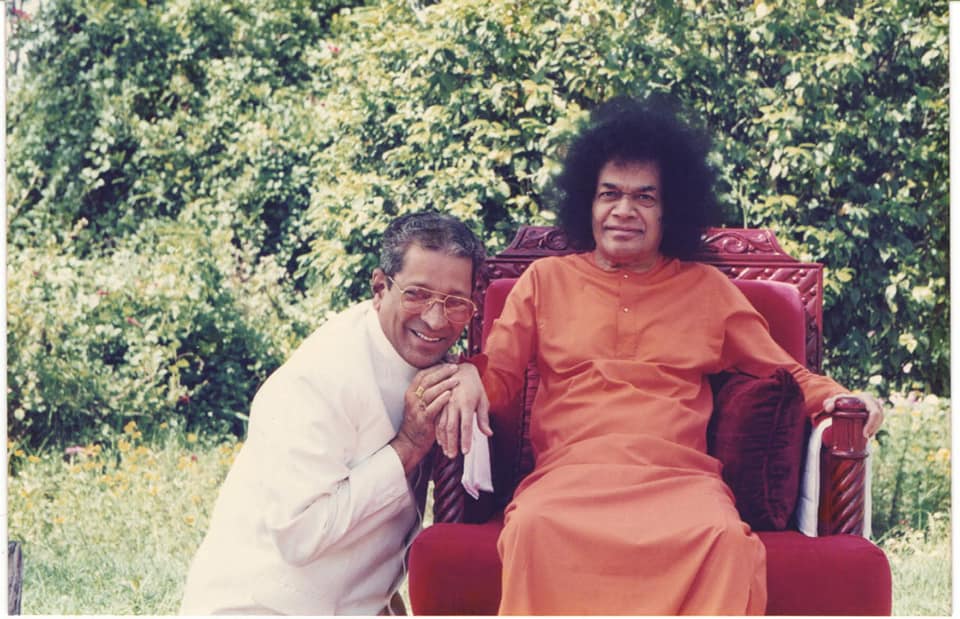 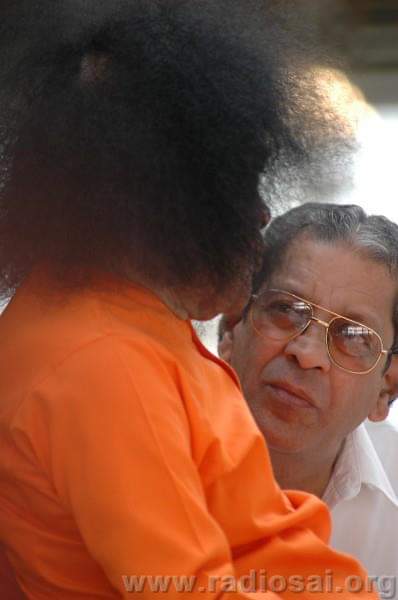 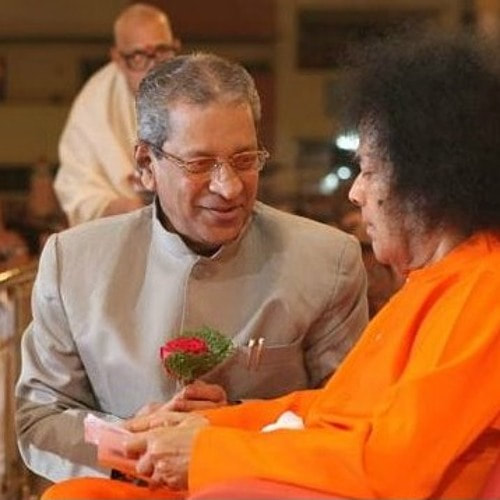 Prof. Anil Kumar is best known for translating Swami's discourses into English. He also gives very popular talks about Swami and His teachings in Prasanthi Nilayam as well as in many Sai centres in India and abroad. In fact, sharing his experiences has become his passion and full-time profession, post-retirement.

After receiving his education and also lecturing for many years in the Andhra Christian College, Guntur, he has been the Principal of the Brindavan campus of Sri Sathya Sai institute of Higher Learning in Whitefield. Subsequently, he served in the Prasanthi Nilayam campus as a faculty member, in the Department of Bio-Chemistry, till the year 2012.

​In addition, Prof. Anil Kumar has authored a huge number of books on Bhagawan Baba. He is an inspiration to one and all through his talks which are full of wisdom and humour. 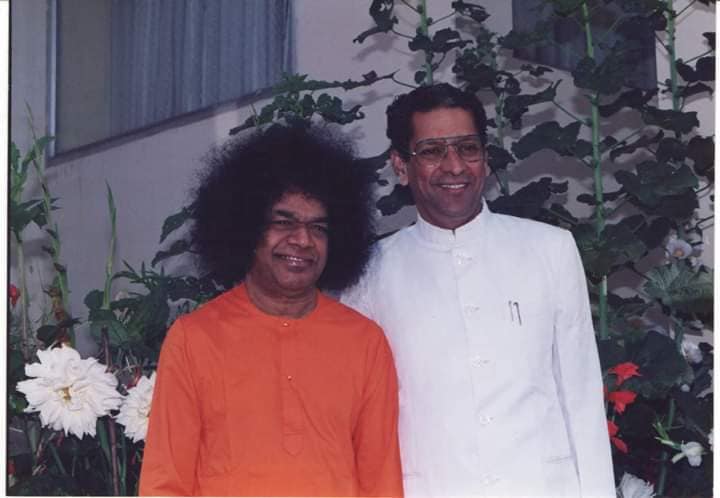 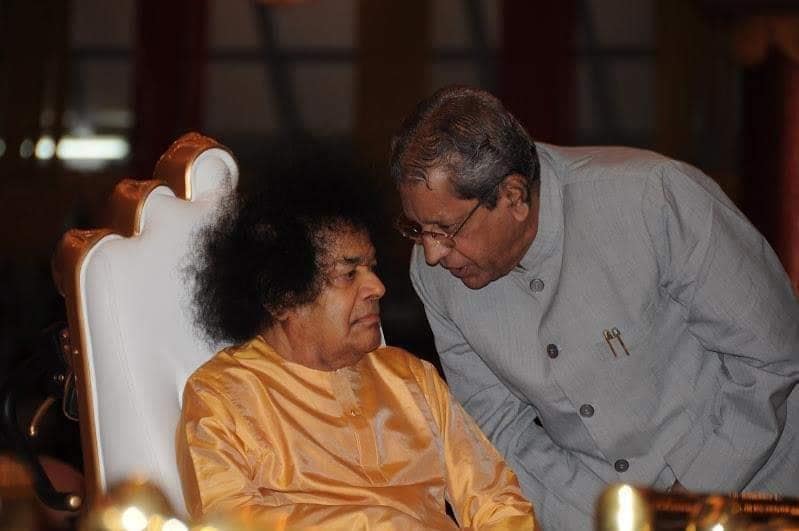 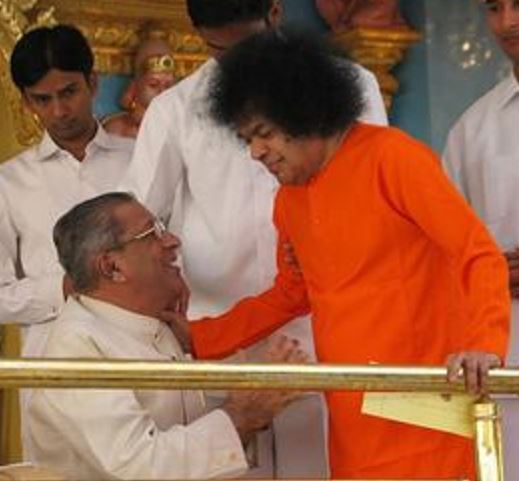 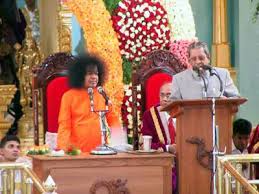 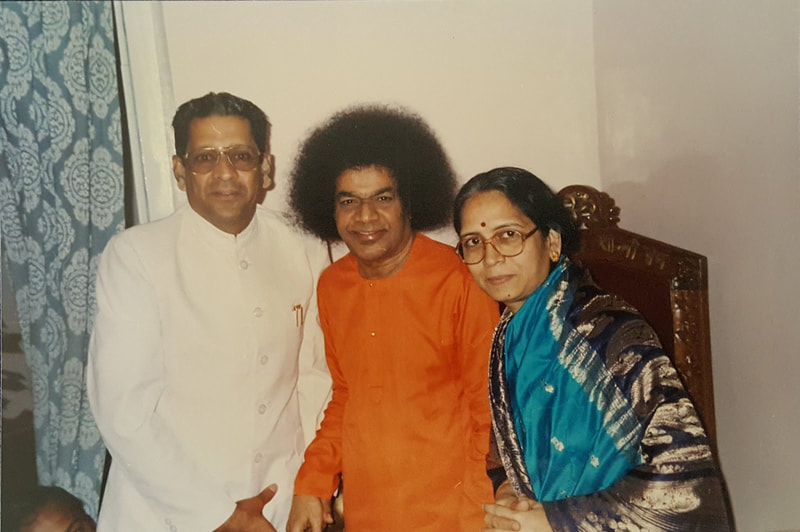 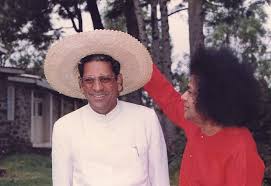 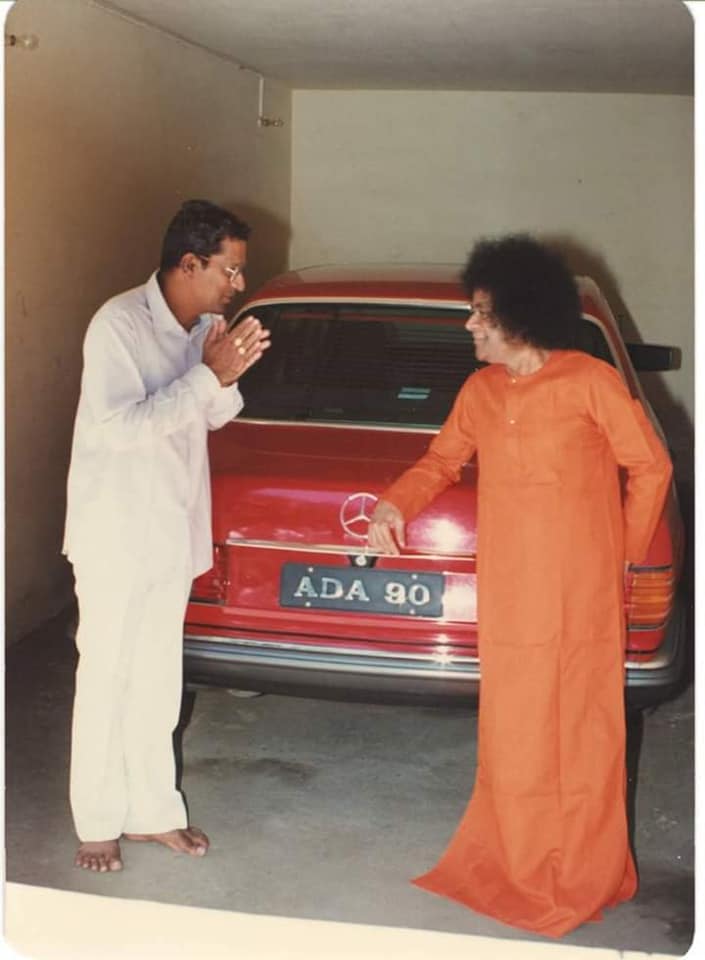 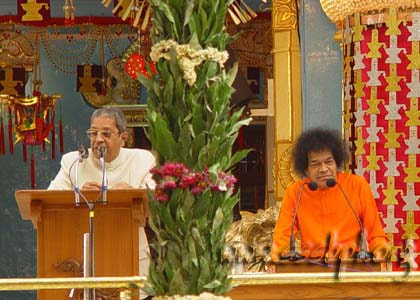 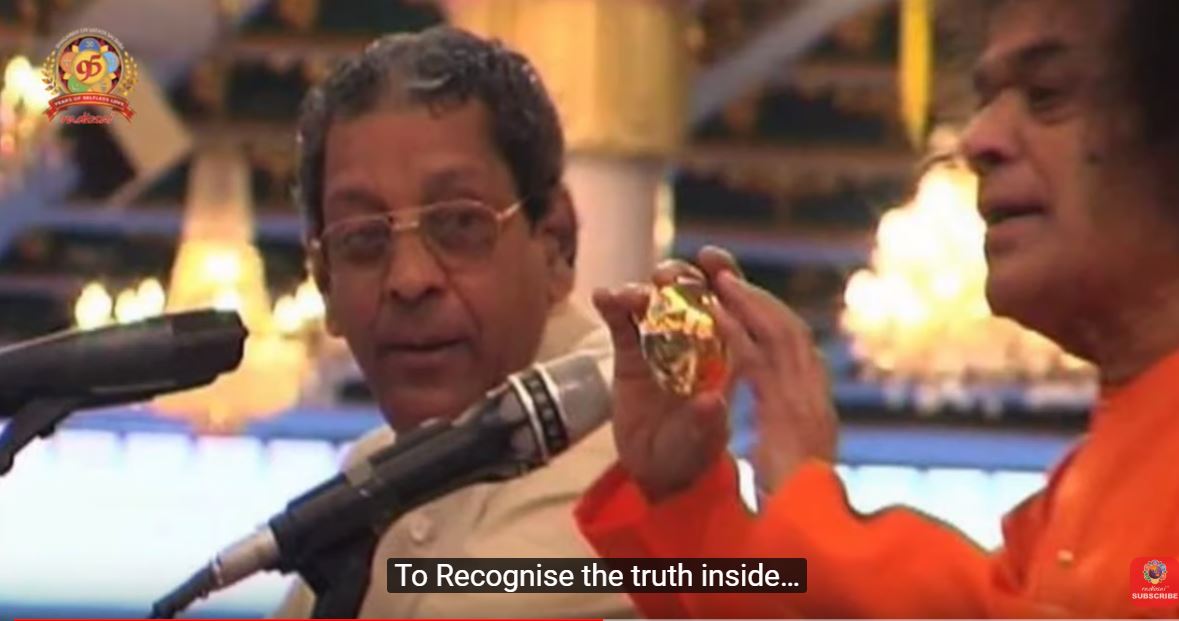 The following article is written by me, David Nirikshana Rao Kurakula (KDNR). I was a student of Andhra Christian College during 1965-'69 (P.U.C & B. Sc.), a resident of Wolf-Hall in the same period and a member of the Chemistry faculty from 1969-2007.

"Do you see a man skilled in his work?
He will work for kings, not unimportant people."
​Proverbs 22:29

​Who could it be? 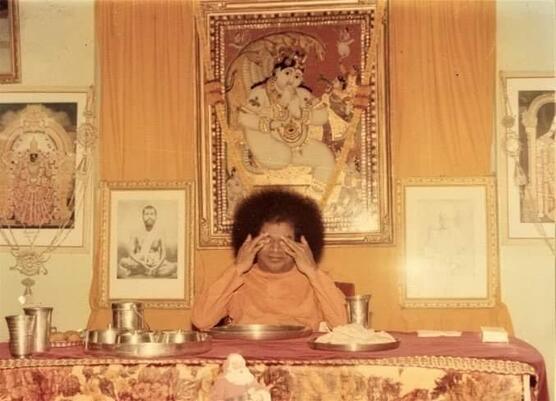 ATTITUDE OF GRATITUDE:
Gratitude for his Alma mater and the teachers that directly or indirectly shaped him to be the shining star that he is now is indelibly burned into his brain and he wears it on his sleeves! Mention the name of 'Andhra Christian College, Guntur' or the name of any of his Gurus, he becomes like a man possessed. The ecstasy must only be seen to be believed! He begins to sing and dance, Yes DANCE, totally disregarding the fact of who he is and where he is!

Divinely gifted with a golden voice and a gigabyte-sized evergreen memory, he recounts fascinating facts and amusing anecdotes about the College and its rich history to regale the audiences anywhere! I was thrilled to see him do a jig on the dais, as recently as Jan 12, 2017, at the College Alumni meet attended by a galaxy of VVIPs and a large number of students of yester-years. This dancing in the public, reminded me of King David dancing in the streets, before the Ark of the Covenant, engrossed in joyful worship (2 Samuel 6:14)!
​
DEEPLY DEVOUT YET DOWN TO EARTH:
Unless you ask him specifically, you will never know that he is such a deeply religious man. He doesn't wear the proverbial 'Holier than thou' look. Healthy humor is his forte. He is a moving encyclopedia! Broach any subject and you will never be disappointed!

WIDELY TRAVELED AND VASTLY WISE:  As far as I know, he has visited more than 108 countries, giving religious discourses. Devotees in India and abroad lap up the rivers of wisdom that come out of his mouth! He is the author of 20 books in English and 6 in Telugu!
It is becoming increasingly difficult for me to go on any further without revealing his name. So I reveal his name here & now! Who else fits exactly into all the details mentioned above?
This Living Legend is none other than S R I * A N I L * K U M A R * K A M A R A J U * G A R U ! 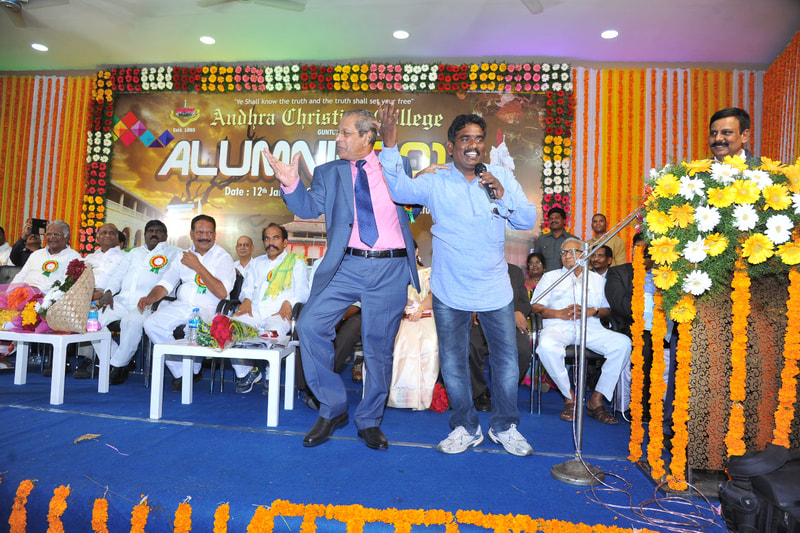 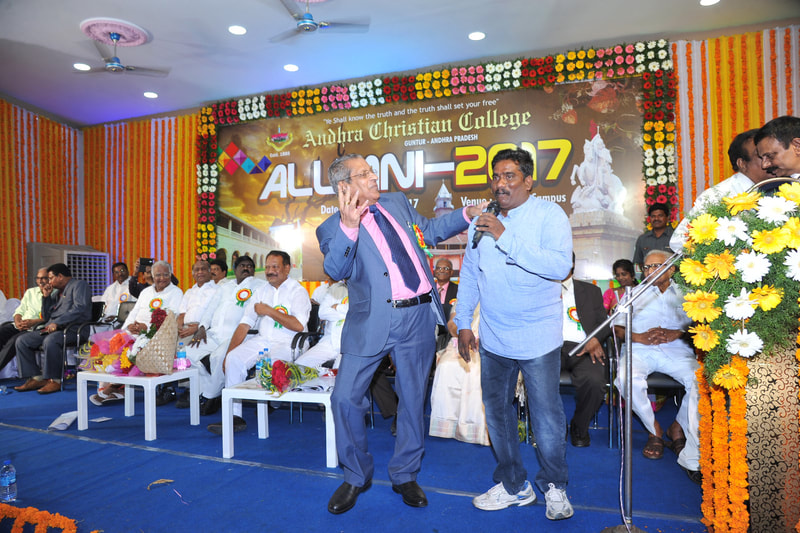 Andhra Christian college Alumni meet at Guntur (A.P) three years back (2017)
He is the official translator of Sri Sathya Sai Baba of Puttaparthi, conveying His message and mission to the non-Telugu speaking devotees around the world. He also worked as the Principal of 'Sri Sathya Sai Institute of Higher Learning', Whitefield Campus, Bangalore, and later as the Professor of Bio-Sciences in 'Sri Sathya Sai Deemed University', Prasanthi Nilayam campus, Puttaparthi.
​

Links to Other Outstanding articleS about prof. anil kumar